The rabbits that are present in “US” by Jordan Peele have a much larger meaning throughout this movie than to just look cute and fluffy. They are repeated throughout this movie so much that they are used as a motif to mean something larger. The rabbits typically symbolize rebirth which fits with the tethered clones wanting to start a new life on the surface. They are also used as test subjects , representing how the clones are an abandoned experiment in the “under world.” Rabbits also are an animal of duality: they can be cute and cuddly but also menacing. They have scissor like ears which shows similarity to the clones weapon of choice. There is also the question of whether the clones had to free a rabbit in order to gain their own body control. This was proposed by the fact that all the rabbits are shown in cages in the beginning when none of the clone shave their own control, but by the end they are all free and all of the clone shave escaped to the surface because of their own control.

My final project is a model of the evolution of women’s body expectations throughout the past century. Each decade shows a different body type that was seen as the “most beautiful” for that century, something that women should strive to look like, as well as a picture of the female celebrity at the time that represented this image. This created false hope for many women throughout the century because as they lived through many decades, they could not live up to each of the different body standards. This also created the objectification of women’s bodies by praising different aspects of their bodies that were seen as aesthetically pleasing to society. This follows unit two of the models and mannequins, where the models were used and praised for certain aspects of their body that the public eye would like. This also follows the plastic mannequins as they were created to be the “perfect” image of the (more predominantly) women at the time. My argument is that the creation of the expectations of these body types for women has caused women to become objectified by society for the best parts of their body. This also shows how there is a double creation of oneself, one side being the true inner person and the other being the side that society has created by objectifying the individual

Brave New World is a story about a type of society that has removed all individualism from its people. Its society is based off of Henry Ford’s assembly line, as this was seen as the way that God intended life to be lived. This society is also based off of science and how to live life efficiently. It also revolves around the economy of the society rather than the well being of the people. The extinction of the social norms caused the people of this society to conform to what the world controllers want. They do not want the people to have their own identity, individuality or desires. This was also a way that the world controllers were able to monitor and control its people better. I think that this change in social norms takes away the individuality and uniqueness of people and what makes people who they are, I think that a society that loses these norms and qualities is a failing society and not one that I would like to live in, especially with erasing history because that is also what makes people who they are and how we learn from our mistakes.

During my 75 minutes of independent research, I spent my time in the Oklahoma Memorial Union where I was able to watch a documentary about a woman that suffers from dissociative identity disorder. This documentary was called “The Woman With 15 Personalities” and it went through and described each of her personalities and who they were and what role they took on within her body. I was able to watch the film and learn about the disorder first hand and watch a psychiatrist as he approached the situation and was able to depict the different personalities. It also was able to show a way that they were scientifically able to see the difference between the approachment of the various personalities and the exit of each one and how it affected the host mentally and physically. I also took my own notes over the film that I would be able to use in my writing as well as creating my bibliographic citation and my annotation for it.

Cheerleader Taylor serves as the evil doppelganger of nerd Taylor because she is mean and rude and wants to keep her football hottie all to herself while nerd Taylor tries so desperately to tell him that he is with the wrong girl.

This is the case of a doppelganger because there is a good side of the person and the bad side that appear. I really like looking at this video now and being able to see it from new perspective because when I was younger, I only saw it from the point of it being a good girl and a bad girl, not the point of Taylor Swift acting as a doppelganger of herself.

Last night, I watched the film Get Out by Jordan Peele and at first it seemed like a regular horror film that comes out every year and sometimes is something new and original, but this one was different. The storyline was different yes, but I really enjoyed the way he made the characters body doubles of another. The overall plot was that rich caucasian people would auction and bid on African American people but not so they could own those people, but so that they could own their bodies for themselves. The body doubling comes into play when we learn that the caucasian people are placing their brains into the bodies of the African Americans because their bodies seemed to be more equipped. The mind of the caucasians would then live in the African American bodies while the minds and souls of African Americans were hypnotised and buried deep within the body. The only way that the true minds and souls would reappear is if the body would see a flash.

When I was younger, we went to the Ripley’s Believe It or Not Museum and the Guinness World Records Museum in San Antonio, Texas for my brother’s birthday, and let me tell you, as a kid it was SO cool but it was also so crazy and kind of creepy. It was cool to see all the weird and quirky things and also the people that were replicated, but that was also what was kind of scary. These replicated figures were made from wax and looked so similar to the actual people. There was even one of the tallest man in the world, Robert Wadlow, who was 8 feet 11 inches tall, and they created him to be seen as he was sitting in a chair but when someone walked by him, he would stand up. 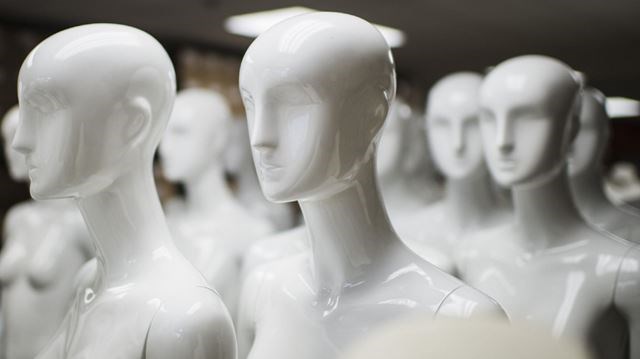 In Oklahoma City, OK they have a haunted attraction called the Wicked Forest of Terror where they feature many different creepy and scary elements to scare and thrill their audiences that come through. It features many different scenarios like a bloody kitchen, a doll house, a clown funhouse, multiple mazes and even creepy rabbit costumes with chainsaws (don’t really know what that was all about, haha). One element that was consistent throughout the whole experience was their inclusion and use of mannequins everywhere. They used whole mannequins and scattered the body parts round everywhere. They were in the foreground and the background, and the body parts even helped to line the paths. They decorated the mannequins with neon paint in some blacklight settings and had the impression of blood on others. They even had mannequins in the trees and upside down and such.

I believe the use of mannequins throughout this attraction helps to create not necessarily a more normalized aspect, but we see mannequins in much of our lives and so the idea of a mannequin itself can kind of seem normalized, but to see it in a setting like this one was kind of uncomforting because they are still creepy for one, but it is also taking something that seems regular to us and placing it in an unfamiliar setting and using it for unfamiliar purposes that helps to throw the audiences off and out of place.

Mannequins are the life size doubles of human beings. They play a role that is so evident in our society but we do not always recognize it because it seems so small. Mannequins are made to show off clothes in stores that the audience is willing to buy. They also are used to draw people into the store by displaying the clothing and persuading customers to buy the products because of how they are being showcased. They are to show what the clothes look like on a human body and how they would fall so that way the clothes would either seem more flattering or more likable to the consumer. The mannequins serve as doubles of the human body to give off a better perception of what the human body would look like in certain clothing items or outfits. 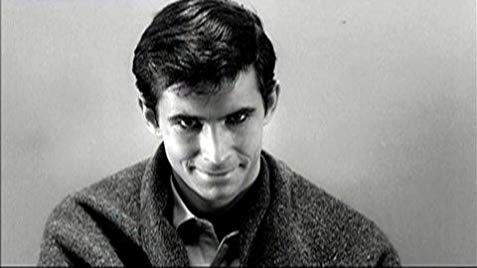 In Alfred Hitchcock’s 1960 film Psycho, we see the story of a man who is living two lives inside one body. Norman Bates works at a motel with his mother, or at least what is left of her. We see in the film how Norman pretends his mother is alive, but that is not made known to the audience until the end. His mother is actually dead but he still pretends she is alive. Norman has a double consciousness of himself and his mother. He continues to “have conversations with her” and will even go as far as to dress up as her. He is living two lives inside one body. At the end of the movie we see that Norman suffers from split personalities and how he still has an attachment to his mother that is so strong that her mind and thoughts began to outweigh Norman’s and Norman would literally live his mother’s life for her.